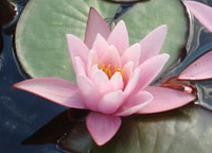 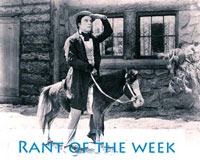 "It tells the story of a reckless 23rd-century youth named James T. Kirk (played by Chris Pine) who enrolls in the Starfleet Academy, driven in part by the death of his father, a starship officer who sacrificed his life for his crew."  NY Times Article on New Trek Movie, April 28, 2009

So his father sacrificed his life for his crew.  And Kirk is "reckless".  Shocking!  How on earth do those TV people dream up these ideas?  It's almost as daring as a new one-hour drama on doctors, or police.  Or even lawyers.  I'll bet Kirk proves to be tough but "with a heart".  I'll bet he argues with Spock and the audience discovers, hey ho!, that ignoring logic and science is a lot more fun than making reasoned judgments based on proven facts.   A lot more entertaining too.

There was at the core of the original Star Trek-- I refer to year 1 of the original TV series, an overt humanism that I liked.  The multi-racial crew has become a cliché today-- but where do clichés come from?  Someone broke the mold first, and "Star Trek", in 1965, truly did boldly go where no man had gone before-- they even had a Russian navigator!  And let's not forget television's first interracial kiss, between Kirk and Uhura.

The later Star Trek-- by that I include most of seasons 2 and later-- is just plain embarrassing.