You are not sure if God really sent Katrina to punish Pat Robertson?  How would you know if I was wrong?  You would pray about it, right, and God would tell you?

Actually, maybe it's not as hard as it looks.  Just read the bible, especially the gospels.  Then try to imagine that God would get more angry at a lot of poor black people who have been beat up and abused most of their lives than he would at a rich and powerful white preacher who, confronted with the problem of dwindling supplies of oil for America's lavish lifestyle, advocates political assassination over conservation.

Try to imagine Christ saying, "blessed are those who give tax deductions to investors and  shareholders, and who reduce the liability of manufacturers for defects in their products, and whosoever provideth grants and incentives to profitable companies that they might exploit disasters for their own gain..." 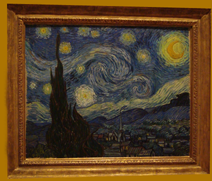 You may have noticed that little storm God sent to Louisiana and Mississippi.  The message is clear.  God is angry.  He wants to punish someone for the grievous sin of blaspheming his holy name.  That someone is Pat Robertson.

But now it's clear that Pat Robertson was the one who sinned.  He advocated murder, which, according to the bible, is the same as actually committing the murder himself.  Then he accused others of sin to cover up his own sin.  So God sent Katrina to teach him a lesson.

Now, you may have noticed that Katrina didn't actually do any harm to Pat Robertson but it did do a great deal of harm to a lot of innocent people in New Orleans and Biloxi and Mobile, and so on.

But that's the way it is with God's wrath.  As Jerry Falwell pointed out, 9/11 was punishment for America's acceptance and tolerance of homosexuals.  It didn't matter if none of the people in those buildings were actual homosexuals, just as it didn't matter that none of the people in New Orleans waiting in their attics in water up to their collar-bones was actually Pat Robertson.

If you believe that sort of thing.