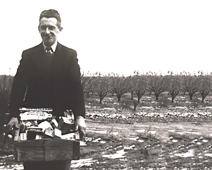 Why Would Oprah Care?

I watched the debate about James Frey's book, "A Million Little Pieces", unfold, with interest.  If you've read through my previous stuff, you won't be shocked to find that I think the book is a sham and should be relabeled as "Bullshit" (not as "fiction", because that would require some art).

Frey says "the emotional truth is there".  Nobody said it wasn't.  It isn't, but who said it wasn't.  The emotional truth is weighted to an enormous degree by our understanding of what is true and what is not.  But who cares?  But most people don't like liars.  We especially don't like liars when they try to manipulate our emotions with their lies.   Like James Frey.

"A Million Little Pieces" is about, in part, the ordeal of pulling yourself out of deep shit by your bootstraps and remaking your life into something good.  How can you not feel cheated if the author misrepresents the actual scale of the problem?   If his own triumphant journey started halfway down the track?  This book has implants.

Oprah is not a journalist.  She is an entertainer.  The Oprah show is always, first and foremost, about Oprah.  Every interview is about Oprah.  Every gift she gives does not announce to the world that this cause or this person or this service is so worthy and so honorable and so true that it deserves a gift.  It announces that Oprah is so worthy and so honorable and so true because she has bestowed this gift on people she deems worthy.  When she interviews Elie Wiesel, the show is about Oprah being somewhere up there with Eli Wiesel-- the high priestess of compassion on those with low self-esteem--  the holocaust is incidental.

Oprah says she chooses books of the month based on the quality of the book.  But if the author won't show up on her show to conduct a session of mutual admiration, that book no longer deserves a second of her time.  If she had any class or journalistic integrity, she'd keep the book as her choice and promote it and say, "just because the author doesn't like schmoozing with a tv celebrity doesn't mean the book isn't worthy of your attention."

Now Oprah might rightly complain that this is a bum rap because most news "journalists" in America do what she does.

And that, sadly, tragically, is true.