In the early 1960's-- nobody seems to have a definite date-- The Mamas and the Papas went to the Bahamas to work on their music and ran out of money.  Desperate, they went to a casino and Michelle threw 17 straight winners at craps to get them enough money to fly back to New York.  It is  remarkable that they resisted the temptation to continue betting.

The essential dynamic of gambling is this: when you are losing, you will keep trying to win back what you lost, believing that your luck is likely to change for the better.  When you are winning, you will feel lucky, and human nature will drive you to want to win more and more and more.

The inviolable statistical fact about gambling is that the longer you gamble while winning, the more inevitable it is that you will eventually lose everything you won, and more.

That's why it is so astonishing that John Phillips decided to quit while they were ahead and use their winnings to fly back to New York.

Want to get rich?  Own a casino. 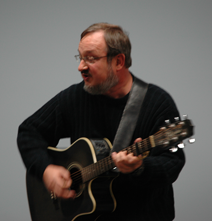 Among all the princesses and all the mermaids and all the goddesses of late 60's popular culture, she may well have been the most entrancing: Michelle Phillips, fine-featured, blonde, green eyes.

She married John Phillips at 18.  Aesthetic member of the Mamas and the Papas.  Inspiration for "California Dreaming". Sang backup for Leonard Cohen on one of his tours, 1970. Married, briefly, to Dennis Hopper, one of the few genuine psychos of all the Hollywood psychos. 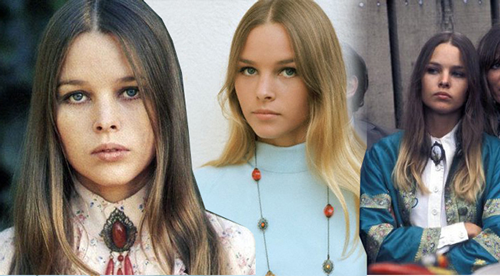 "Go Where You Want to Go" is a slight song, typical of the John Phillips' Mamas and Papas: melodic, cleverly-arranged, and ephemeral.  And pretty and alluring like Michelle's face-- you wonder and hope there's something rich and satisfying beneath that pouty face.

The haunting parts of the song are the voices of the girls, Michelle and Cass:

Actually, the haunting part is the "with whomever".

Listen carefully--   I hear something authentic in the yearning voices on that line.

Cass was in love with Denny Doherty but he did not reciprocate, and Denny and Michelle had an affair a year or so after this song was recorded and she was kicked out of the band in June 1966 for a few months (that's how you fire your wife.  Note that Denny was not kicked out of the band.)   Is that what we also hear in Fleetwood Mac's "Rumours", the insinuations of real desire, real longing into the voices?  She returned to the group at the end of August in the same year and dubbed over her replacement's vocals.  To this day, no one is quite sure which vocals on "The Mamas and the Papas" are hers and which are Jill Gibson's.

Barry McGuire called Cass Elliot a "stallion".  She must have rued the cruelty of fate putting such a monumental voice and hunger into a package that was not Michelle Phillips-- oh, life is unfair!

Or just real sadness, as you, as Neil Young put it, "try to make arrangements with yourself". That's a pretty good description of 20-somethings trying to manage their lives-- the components of happiness are often there, circulating, waiting, not-waiting, hesitating. Sometimes holding out to see if something better might come along.  The movie "St. Elmo's Fire", frustratingly, took the raw material of poignancy and ambivalence and turned it into melodrama and sentimentality and mush and I almost feel haunted by the potential for something interesting in the elements they placed before us and failed to deliver on. "Once", on a smaller scale, delivers more, because there are no fireworks but real unresolved urges, missed opportunities, and uncertainties.

Hollywood loves to blueprint relationships for us. In real life, as in "Once", it may not be clear to us where a relationship might or should end.

Michelle is the last surviving member of the band.  Cass Elliot-- she of the voice as beautiful in sound as Michelle's face in light-- died of a heart attack in London at age 33 after three "stand-out" performances at the Palladium in July 1974.  John Phillips burned himself out, deep into drugs and alcohol and waste, and died of heart failure in 2001.  Denny Doherty died in Toronto of an illness January 19, 2007.

The TV record, now strung out on Youtube, is cruel: most of their performances seem to be lip-synched.  Their opportunity to shine at Monterrey with their signature song, "California Dreamin'", was fatally marred by a lack of preparation: it's one of the most disappointing live performances of an important song by a successful pop group ever.  You can't hide the embarrassment.  Most of the video archives simply dub the studio recording over it.

But it wasn't their most preposterous live performance ever-- that came on "Hullabaloo", with go-go girls popping out of bathtubs, and the band visibly ridiculing the dance moves.

John woke Michelle up in the middle of the night in New York City in 1963, I think it was, because he had a great idea for a song and needed her help to finish it.  She has admitted that she basically just wrote down the words for him, and chords, and maybe helped with a few phrases, for which she, nevertheless, still receives a healthy income: the song was "California Dreamin'" of course.  The first two lines-- and the hook-- "California dreamin'" made the song what it is:

All the leaves are brown, and the sky is grey I've been for a walk on winter's day

The distilled moment of 20-something ennui and disconsolate self-absorption.  Think of those lines when you're young and maybe in love and maybe not and maybe you could do better and maybe not and the evening didn't go all that well and you're not sure if maybe you shouldn't move on and try some other future and all the leaves are brown and the sky is grey... and the wind is blowing your hair and the leaves and you feel such delicious desolation that it's almost tragic, and it's definitely deep, and you feel alive.